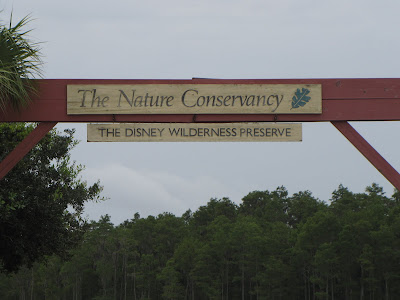 Several months ago, I wrote about a hidden gem located not far from the Walt Disney World Resort.  The Wilderness Preserve was imagineered after a law stated that any company that used natural Florida wetlands needed to compensate in some way.  Through an agreement between the Walt Disney Company and the Nature Conservancy, Disney donated 8,500 acres of untouched wetlands in Kissimmee, Fl as well as funds to continue restoration and monitor wildlife.  Since the time of Disney’s original donation, Universal and Sea World have also donated land, bringing the total number of acres to 12,000.
On a recent vacation to the Walt Disney World Resort, my family took a day to visit the Wilderness preserve.  If you wish to break away from the crowds and experience Central Florida in it’s natural state, then I highly recommend this experience.  Located just 20 minutes from Disney World, it feels ages away.
Right off the bat, I will suggest that you visit on a dry day.  As it turned out, we hiked the morning after quite a storm.  There were trees that had fallen across the paths that had not yet been cleared (they were working on it while we were there) and there were several places with standing water.  We had no better choice than to take off our shoes and wade in.  Not to be deterred, off we trekked! 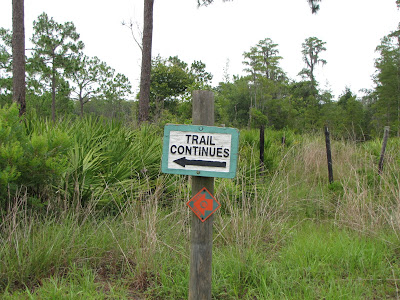 There was plenty of wildlife to be spotted.  The park ranger gave the kids a footprint guide so they could figure out what walked the path before them.

There was an infinite amount of beauty to be seen on the hike... 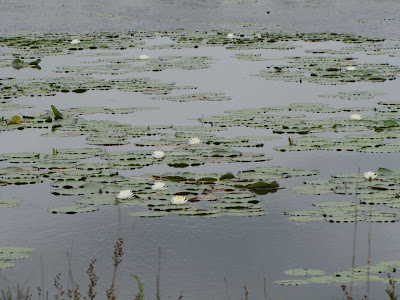 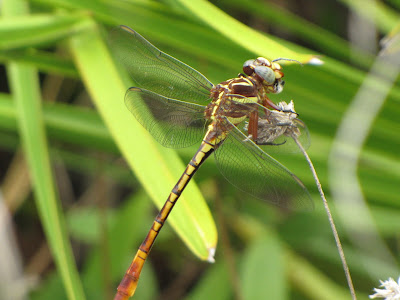 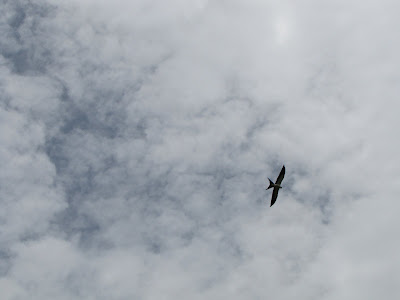 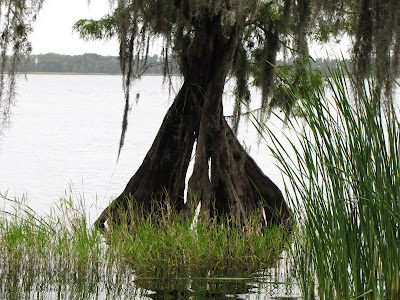 We were told by the ranger that they are constantly doing controlled burns on this land.  Burning from time to time is essential for regrowth.  He explained to us that some native plants and grasses simply will not grow until the land has been burned.  Burning in a controlled environment does not have the devastating results of a forest fire.
Buildings were created with the environment in mind, including:
• Geothermal heating and cooling
• Freshwater catchment used for irrigation and other non-potable uses
• Green forest-grown pine
• Solar panels that collect steady sunlight; wide porches and ceiling fans that shield work areas
• Low VOC paint
• All original furniture made from recycled materials

Disney's Animal Kingdom also sends over camp groups from time to time.  These are mostly made up of kids of Disney Cast Members. 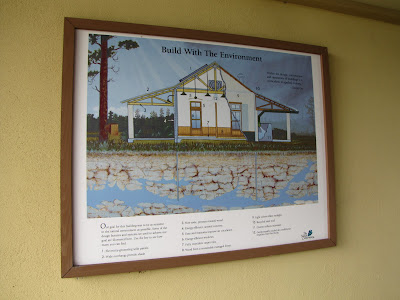 The hike is 1 mile to Lake Russell.  You can turn around and finish out the shorter loop there, or continue on the longer 2.5 mile loop.

I have one last tip for you.  Sunscreen and hats, water bottles and walking shoes seem obvious to me for a hike.  The one thing I did not think about?
Bug spray.  You will need it!
Hours vary by season: 9a-5p M-Su Oct-May, 9a-5p M-F Jun-Sep. The cost is free, but donations are certainly accepted.
Happy hiking!
XO, Ami
Link to my previous article
Link to Wilderness Preserve site