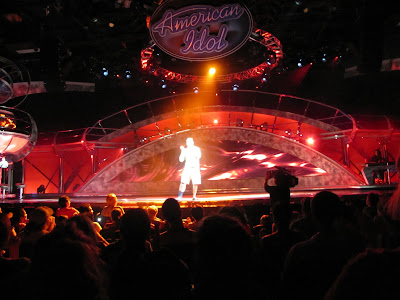 As a nation, we love the idea of becoming famous!  When there is real, natural talent those dreams are only exemplified.  Disney's Hollywood Studios offers the mack daddy of involvement attractions with it's American Idol Experience.  If you've got what it takes...the voice...the look..the attitude...then YOU could be the next American Idol!  Well, at least on a Disney stage.

Guest have the opportunity to audition, and possibly be selected to perform on the American Idol stage that day.  The winners from each performance come back for a finale show and the winner of that receives the Dream Ticket - a "fast Pass" to the front of the line in any real American Idol audition! {que dreamy music}

Clearly, this is a freaking awesome experience for anyone who has ever dreamed of becoming a rock star!  It is fabulous for someone wishing for their first big break, or for someone who just wants to feel what fame is like for a fleeting moment.

What if you aren't interested in auditioning?  Hey, I enjoy singing- but I am NO rock star!  For me, I enjoy sitting in the audience and watching people live their dream!  Have you ever wanted to go to a live taping of American Idol?  Well...this is pretty darn close!

We went to a show earlier in the day to start out.  Three singers took the stage, and while they were all good; one stood out to us so much so, that we needed to come back that night for the finale show to cheer her on!

When we came back for the finale show at 7pm, we arrived about 40 minutes early.  This sounds excessive, but we knew it would be a standing room only event!  As luck and planning would have it, we managed to get seats right up front! 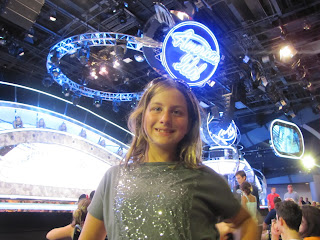 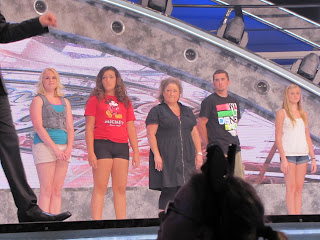 As you can see by this picture, the judges take regular, park going guests!  They aren't in fancy clothes, some sport mickey-wear, and shorts are the norm!  But when they opened their mouths they were all exceptional!  We could tell from the start that Nicole would have a run for her money!
After it was all said and done, she was still our favorite.  For a not-quite-17-year-old she had incredible control of her voice, great range, depth, tone and support (hey...I know things)!  Still, the crowd favorite was the 14-year-old Tyra.  She had an all American, Taylor Swift kind of vibe (fitting that she sang Martina McBride's All American Girl for her audition).

Don't get me wrong, Tyra was extraordinary too!  She was peppy, had great voice quality and was sweet as apple pie!  I can't wait to see her audition for the real American Idol next summer!
The pre-winning moment: 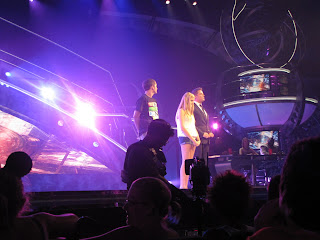 However you wish to experience it, this is a class-act attraction!
XO, Ami
Like Disney Goddess on Facebook~